Each year the Monday after Easter Sunday there is a ceremony to mark the Easter Uprising in 1916.

Rededicated in 2009 and restored with a new 32 string Irish Harp capstone. 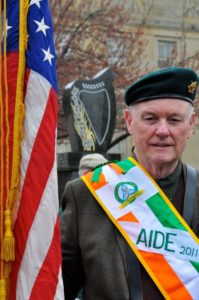