The Chaldean Catholic Church’s Archbishop Bashar Warda of Erbil, in Kurdish-governed northern Iraq, is reported as saying that for the first time in 1,600 years there was no Mass said in Mosul on Sunday June 15. This is the city taken over days before by ISIS forces.

Reports say the estimated 3,000 or so Christians still there – from about 35,000 in 2003 – all fled ahead of the militias’ takeover of control, although some families were reported to have returned. They cited lack of job prospects and shelter once they’d become internally displaced, or refugees in Kurdish Iraq.

The largely Christian town of Qaraqosh is, 32 miles southeast of Mosul. Its official Arabic name is Baghdeda; there were about 70,000 Christians living in the area.

On Wednesday 25th June, Kurdish Peshmerga forces engaged with the ISIS – also called Daash – militias who were trying to move into Qaraqosh. WWM has seen direct messages confirming that there was bombing of Qaraqosh, during which two Christian families were reported killed by mortars.

Locals believe that it was ISIS which carried out the bombing.

Reports Thursday from locals say that the Iraqi Kurdish Peshmerga, fighting with local Christian residents, were able to repel ISIS from Qaraqosh, especially after 1000 Peshmerga troop reinforcements arrived. Locals say after that, from about 10pm, the situation in the town became quieter, while some news agencies say Qaraqosh is now completely abandoned.

Qaraqosh residents initially started to flee to the churches of another nearby Christian town of Karamles. However, from mid-afternoon Wednesday, thousands of cars with people from Qaraqosh and Karamles were seen waiting at the Kurdish-controlled checkpoint to enter Erbil, a safe haven to the north across the ‘border’ into Kurdistan. Other families headed for Dohuk, about an hour’s drive directly north of Mosul.

About 40 Christian families reached Erbil’s Ankawa district where they found temporary shelter at a center for elderly people.

They gave accounts of rockets falling near Qaraqosh houses, one of a Christian man, Rammo; as glass windows shattered, people were injured.

Local Christians were quick to help the new arrivals: “Immediate needs are obvious: water and food” said one. “Some are sleeping on a piece of cardboard, so mattresses and pillows are needed too. And with temperatures reaching 45 degrees during the day, we need air coolers, especially important for families with young children or elderly.”

Meanwhile a member of Iraq’s High Commission on Human Rights Dr. Sallama Al Khafaji has told an Arabic news website, Al Sumaria, that last Saturday, June 21 ISIS began to demand a poll tax (jizya) from Christians in Mosul. In a custom rooted in medieval times, under strict Islamic law, Christians were required to have to pay protection money and are not allowed to publicly express their faith.

“The Christians have told me that they cannot pay this tax,” said Dr. Al-Khafaji, “and they say ‘what am I to do, shall I kill myself?'”

Meanwhile, Iraqi church leaders, including those from the capital Baghdad – hundreds of miles to the south, have met in Erbil to discuss a ‘rescue plan’, amid growing fears that the ISIS Islamist attacks have put Christianity at increased risk of being extinguished from the country.

Chaldean Auxiliary Bishop of Baghad Saad Sirop, who’d risked travel to the north to Erbil for the meeting, said the crisis could only be solved by reconciliation between the Sunni and Shi’a Muslims. He repeated calls for the international community to press for negotiation between the various Islamic leaders. He added that military action would be counter-productive. “Military intervention did not resolve anything in Syria, nor here in Iraq, so we should not think this will work this time.”

Bishop Saad added: “We ask God to give us the wisdom to face these problems with courage. There is no doubt that we are passing through some difficult days.” 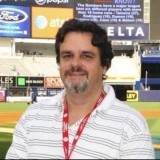