About 75 members of the Nassau County Ancient Order of the Hibernians, members of The Historical Society of East Rockaway and Lynbrook, and local elected officials gathered around an 18-foot tall obelisk at the Rockville Cemetery on Oct. 28 to watch as Andrew Healey and Art Mattson dedicate two new benches to the site, which commemorates two shipwrecks in the 1830s.

“It gives you a chance to read the placards, sit and reflect,” said Healey, the chairman of charities and missions for the Nassau County Ancient Order of Hibernians. 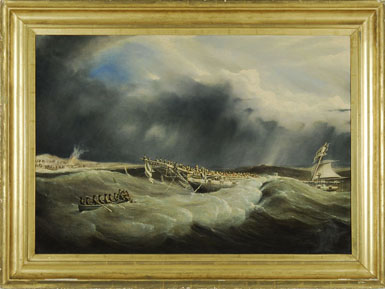 The obelisk was erected in 1840, funded by local contributions and money found on the ships’ victims. It marks the mass grave of the 139 mostly Irish victims of The Bristol shipwreck in 1836 and The Mexico shipwreck in 1837.

The Bristol was swamped by powerful waves 400 yards off Rockaway Beach in November 1836, and 100 people drowned.

Two months later, 115 people froze to death on the deck of the Mexico, just off Long Beach. The ships were returning to New York from Liverpool, England, filled with cargo and European immigrants — 75 percent of whom were from Ireland, and the others mostly from England, Scotland and Wales.

Those who died in the wreck of the Bristol were buried in unmarked graves in potter’s fields. After the Mexico wrecked, residents set out to give victims of both shipwrecks a proper burial. They exhumed the bodies of the Bristol victims, wrapped the bodies from both wrecks in linen and organized one of the longest-ever funeral processions on Long Island with 300 horse-drawn wagons.

More than 150 years later, Healey and Mattson, the Lynbrook village historian, teamed up to restore the monument. “Our two organizations got together about six or seven years ago, and I said we should fix this monument here,” Healey said.

Together, the two men hired an engineer to determine whether the monument was still sturdy because they could see the base of the obelisk from the ground. To their surprise, the engineer determined that it was still structurally safe, so Healey and Mattson never actually touched the monument. 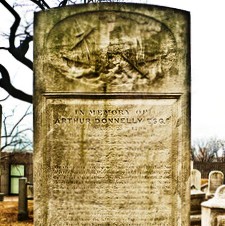 Instead, they hired Woodmere-based Bocci Landscaping to plant flowers and new shrubbery. Mattson then educated the public about the monument, and even wrote about the wrecks in his book “Water & Ice.” He also put up three placards around the monument describing the wrecks and the aftermath.

But their work is not yet completed, according to Healey. “We’ve had interest from groups about putting a plaque on the boardwalks where the ships went down,” he said. “It’s like the gift that never stops giving.”

Mike Smollins and Mary Malloy contributed to this story. 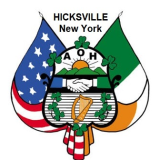